Dianne Lee was appointed Managing Director of Orphix Consulting in February 2020.  Orphix has been incorporated into the DLRC Group of companies that includes DLRC Ltd where Dianne is the founder and Managing Director.  She has worked in the Pharmaceutical industry since 1982 and in regulatory affairs since 1987.

Prior to setting up DLRC Dianne worked as a regulatory professional at Smith Kline & French, Schering Plough, and was director of the UK and Ireland affiliate at Serono.  She then spent 10 years as an independent consultant working on a broad range of projects for clients including Johnson & Johnson, Roche and GSK.

Dianne has also taken an active role in TOPRA (formerly BIRA) having been on the Board, chair of meeting working parties, on the Awards working party and now chair of the Fellowship Appointment Panel. 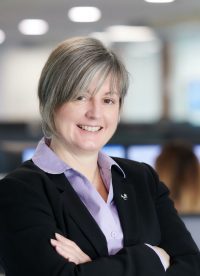